Suns Draft Rumors: Phoenix May Pass On Josh Jackson Due To Character Concerns 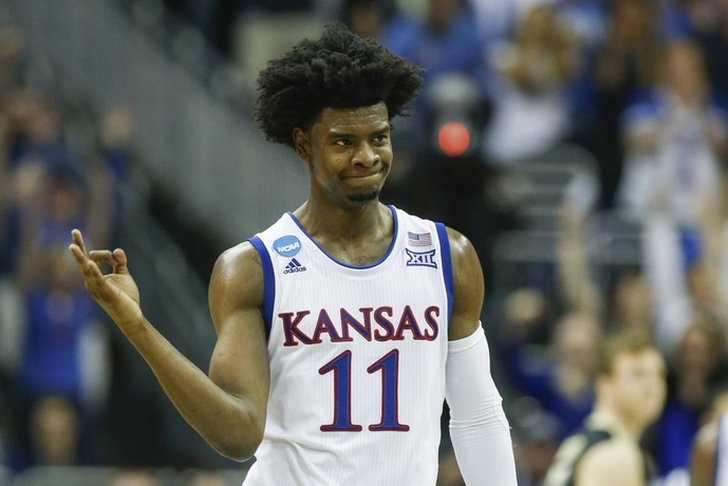 The Phoenix Suns have the No. 4 overall pick in the upcoming NBA Draft, and with a need at the small forward position, they have been heavily linked to Kansas' Josh Jackson.

However, is there a scenario where the Suns pass on Jackson if he's available? Doug Haller of the Arizona Republic reports Phoenix might if they have character concerns about him.

Just after the regular season, Suns coach Earl Watson was asked what he looked for in a top NBA draft prospect.

"The type of person that has the best character," Watson said. "Regardless of position, character is the most important part. The talent is always going to be there. If you get character with talent, that’s when you have an (Eric) Bledsoe, that’s when you have a Devin Booker. Character gets you through tough times. And it also gets you through adversity and it allows you to make leaps and bounds quickly through development and eventually the team wins."

That brings us to Josh Jackson.

With the fourth pick, the Suns could have a solid chance to snag the Kansas small forward in the June 22 draft. Question is: Will character come into play?

According to KansasCity.com, Jackson has agreed to attend anger-management classes and refrain from alcohol and recreational drug use over a period of 12 months as part of a diversion agreement stemming from a December incident involving a Kansas women's basketball player.

Jackson is arguably the best two-way player in this class and has every team in the top 10 interested in him. Although he won't be a top two pick, the 76ers have been linked to him at No. 3, meaning he wouldn't be on the board when Phoenix went on the clock.

However, Philadelphia has also been linked to several backcourt players, meaning they could pass on Jackson. If they do, I don't think the Suns let him slip past them given the need at the position and fit with the roster.

Follow our Phoenix Suns news page for all the latest Suns news!