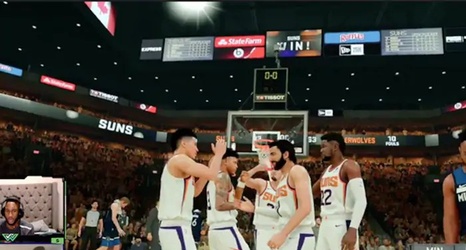 After making their digital premier on Friday, the Phoenix Suns took the virtual hardwood again Wednesday as they tipped-off against the Minnesota Timberwolves, but this time with a new face. Ty Jerome took control of the sticks for the Suns as he went head-to-head with Minnesota’s Josh Okogie on 2K20 streamed live on Twitch.

The first quarter and a half was a back-and-forth battle as both players needed some time to adjust to their digitized teammates, but once Jerome got comfortable, he began to heat up. The game was tied at 41 with only a few minutes remaining in the second, but Jerome took the Suns on a 7-0 run to end the half leading 48-41.