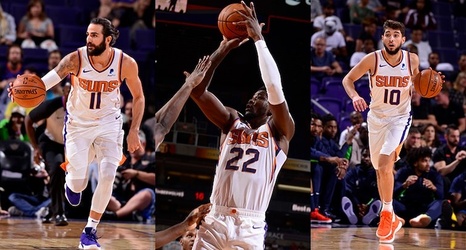 The Phoenix Suns saw their first preseason action on Tuesday night as the team tipped-off against the Minnesota Timberwolves.

The game gave the Phoenix fan base a preview of Head Coach Monty Williams’ coaching style as well as a first look at the newest members of the Suns. The Suns came out of the gates firing with 37 points in the first quarter and although Minnesota battled back in the second quarter, the Suns ultimately closed out the game with a 111-106 victory.

From the rookies to the veterans, below are the three key takeaways from the team’s first game.