The Ringer adds to the Kevin Love-Phoenix Suns trade rumors 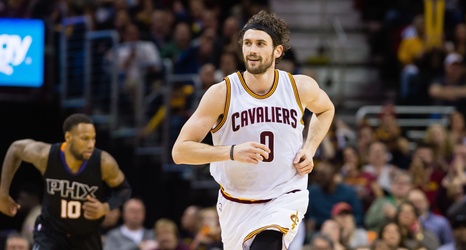 When Adrian Wojnarowski first confirmed the Cleveland Cavaliers were open to trading their 5-time All Star, Kevin Love, everyone, including the Phoenix Suns, pontificated on the possibility of adding Love to their roster.

Thus far, possible trade scenarios have been limited to lowly bloggers hypothesizing about whether the Suns should or should not make an offer for Love, but the theories turned national when Paolo Uggetti of the Ringer threw Phoenix out as a possible landing spot.

Uggetti claims Portland would be Love’s preferred destination, considering it is his hometown, but quickly noted Denver and Phoenix as close contenders.