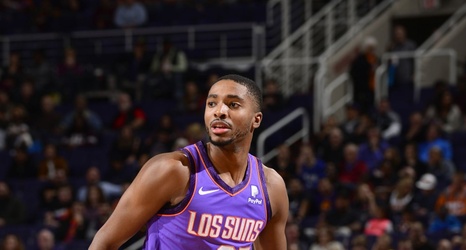 When the the Phoenix Suns unveiled new orange statement jerseys before the season, there were strong opinions both in favor and against their modern look, however most everyone agreed the uniforms pushed the envelope.

On Wednesday, the new City Edition jerseys made their way around the internet, and they look almost identical to last season’s version, except they are black instead of purple.

These “Los Suns” jerseys feels like the designers reverted back to their old ways of not taking risks. They could have done SO much with these jerseys.