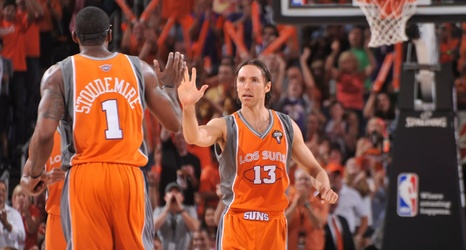 It was weird enough to see Steve Nash get hired as a head coach in Brooklyn, but now he’s added another piece to his coaching staff from his Suns days, and it keeps getting weirder.

Amar’e Stoudemire will reportedly join the Nets’ coaching staff, according to Shams Charania of The Athletic.