The absence of Aron Baynes loomed large over loss to Spurs; why would the Suns trade him? 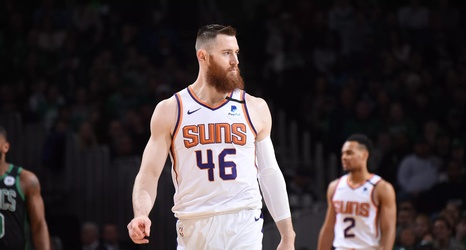 It’s still unclear what exactly the Suns’ plans are for Aron Baynes. After trading for him on draft night in 2019, there were initial rumors of a buyout, but since then, Baynes has discussed how talking with Monty Williams and James Jones removed any trepidation about coming to Phoenix. That hasn’t stopped opposing NBA teams from leaking their interest in the Aussie as he plays out the final year of his contract.

On New Year’s Day, Eric Pincus of Bleacher Reported noted that the buzz around the G League Showcase in Las Vegas over the holidays was that the Clippers wanted Baynes.