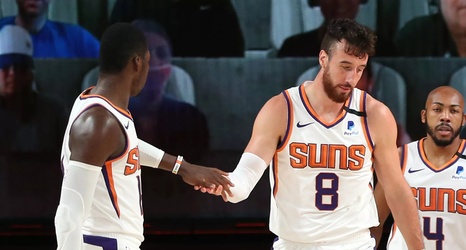 The Phoenix Suns head into the 2020-21 season with higher expectations than any season in a decade. Each day it seems more analysts who rank the Western Conference come away with the Suns standing right with the other contenders, instead of the usual step or three below.

Many are even optimistically predicting a second round or conference finals run for the Suns now that Chris Paul is leading the way.

The Suns last made the playoffs in 2010, but even then they surprised the league with a Conference Finals push. Now they appear on paper to be a team no one wants to face in the playoffs, and no NBA teams clearly outclass them.