Ryan McDonough did not build these Suns 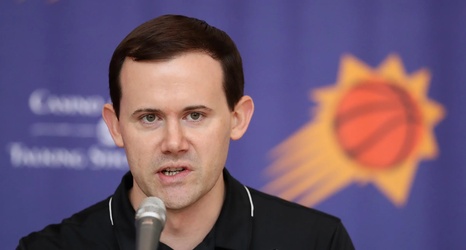 Ryan McDonough looks a lot like what we imagine when we think of an NBA general manager.

He is boyish, handsome in the way that middle-aged men sort of just happen into being handsome, and speaks clearly and with authority. He acts the part.

So it’s fairly easy to understand why, as national reporters finally start to take a closer look at a Phoenix Suns team that has been staring them in the face since the Bubble, they would look back to McDonough’s tenure, which lasted from 2013-18. After all, the best of the core pieces that McDonough procured are still there.