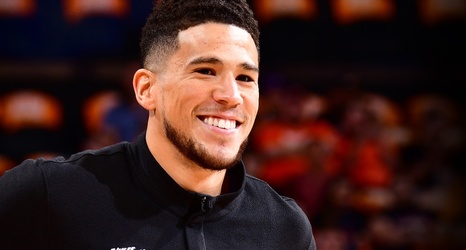 Phoenix Suns guard Devin Booker has received the May NBA Cares Community Assist Award presented by Kaiser Permanente in recognition of his continued commitment to support youth and families throughout the greater Phoenix area, the NBA today announced. Each month the award recognizes a player who best reflects the passion that the league and NBA players share for giving back to their communities.

In May, Booker surprised five local nonprofit organizations at a Suns home game where he announced via an in-game, pre-recorded address that they were the 2020-21 class of the Devin Booker Starting Five initiative. Arizona Autism United, Central Arizona Shelter Services, YMCA of Southern Arizona, GAP Ministries and Elevate Phoenix each received a $100,000 grant from Booker to help address critical funding needs following the pandemic and support their respective efforts to improve the lives of local youth and families.