Phoenix Suns: Talking Stick Resort Arena will not be used as voting center for election 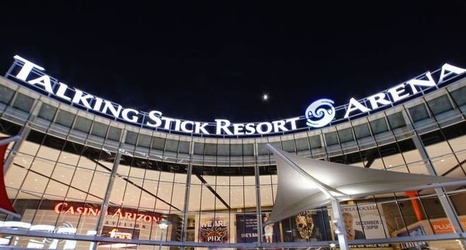 Talking Stick Resort Arena won't serve as a voting center for the Nov. 3 election because it'll still be undergoing its $230-million renovation project, a Phoenix Suns official informed The Arizona Republic on Sunday.

"The arena is off limits due to construction and the timing of a certificate of occupancy to allow the public into the arena, which won't be ready in time to properly plan," the team official said.

When asked if Arizona Veterans Memorial Coliseum was an option, the team official said the arena "isn't our property to manage and can't speak to that venue at this time.