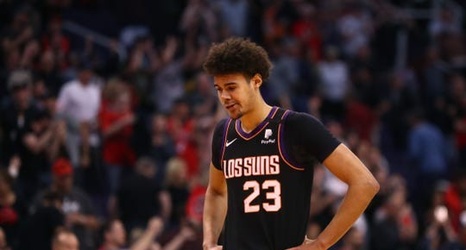 Phoenix Suns rookie Cam Johnson was looking forward to playing more with Kelly Oubre Jr. being out at least four weeks following knee surgery – and raising his level of play at the same time.

He won’t have an opportunity to do either one in the near future.

Johnson will miss a third straight game Tuesday night at Portland with mononucleosis and will be re-evaluated in two weeks. This comes a week after Johnson scored a career-high 21 points, going 5-of-13 from 3, in Phoenix’s loss to Toronto on his 24th birthday March 3.