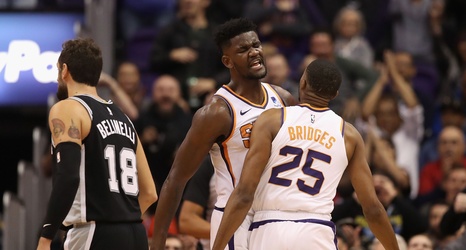 Shams Charania of the Athletic reported the Phoenix Suns have picked up the team option for both Deandre Ayton and Mikal Bridges guaranteeing them a third year of their rookie contracts.

After releasing or trading previous lottery picks Josh Jackson, Marquese Chriss, and Dragan Bender, the team decided to mix things up and keep some of the players they drafted on the team a while longer.

The Phoenix Suns haven’t been known for their stellar drafting skills in recent years. Valley of the Suns recently did a re-draft of 2016 and 2017, considering no one selected those years remain on the team.