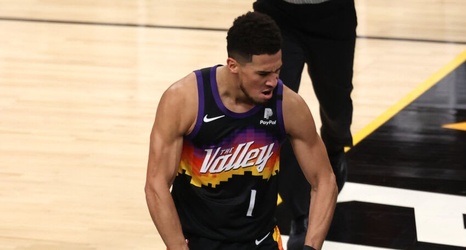 As the leading scorer for the Phoenix Suns as well as the heart and sole behind their run to the NBA Finals, Devin Booker carried his franchise both on and off the court last year. Having made such heavy contributions to such a successful team—while at only 24-years-old, Booker’s life truly represents the “NBA fantasy” which kids dream about at night, and play out all day on NBA2K’s MyCareer mode.

Atop the world right now, even as corny as that may sound, Booker no longer needs any introductions, nor does he have much else to prove from a basketball skills standpoint.