Phoenix Suns: Look back at thriller over Blazers, ahead to weekend road back-to-back against Spurs 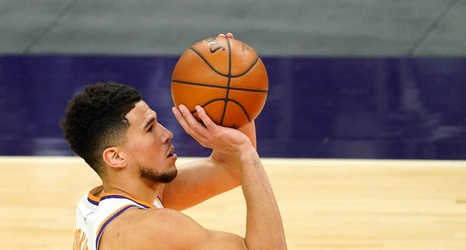 First it looked as if free throws were going to cost Phoenix when Dario Saric missed two with the Suns down one with 48.8 seconds left.

Damian Lillard scored on the ensuing possession to make the difference three in Portland's favor.

Then the Trail Blazers returned the favor when Robert Covington, with a chance to put them ahead by three, missed two free throws with five seconds left.

So Saric and Covington, two players who shoot above 80 percent from the line for their careers, came up short, meaning there was only one thing left to happen.