Phoenix Suns: Look back at second-half blitz of Washington Wizards, ahead to facing Houston Rockets 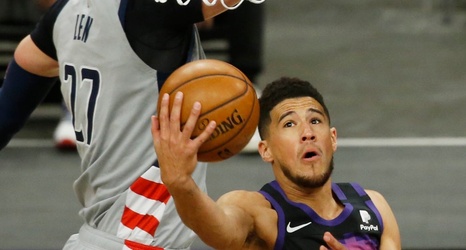 "They're a physical team as you know," Brooks said. "They don't allow layups. They make you earn it at the free throw line. That's old-school basketball. That's a good team. That's a team that's going to give a lot of teams problems."

"They're definitely going to be a tough out in the playoffs," Brooks later said.

The Suns were 7-4 when they fell at Washington back in January.

Second in the West behind Utah, Phoenix (37-15) was coming off a road loss to the Los Angeles Clippers in the second of a back-to-back that began with an overtime home win over the NBA-best Jazz before taking it to the Wizards (19-33), who were without All-Star and league-leading scorer Bradley Beal (back) and Davis Bertans (rest).