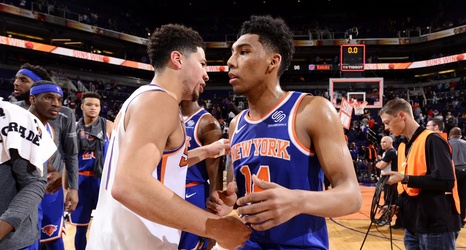 It seems like not long ago Allonzo Trier was a 5-star recruit from Findlay Prep High School in Henderson, Nevada, by way of Seattle. As a junior he was named the 2014 Gatorade State Player of the Year for the Evergreen State, which prompted a transfer to Maryland and then Nevada. In 2015 he led the West Team in scoring during the McDonald’s All-American Game. In the Jordan Brand Classic, he won the MVP.

For Trier, these achievements were expected.

He was a sixth grader when he was featured in the New York Times, which highlighted his work ethic, his Pete Maravich-equse ball-handling drills, and his obsessive commitment to practice.