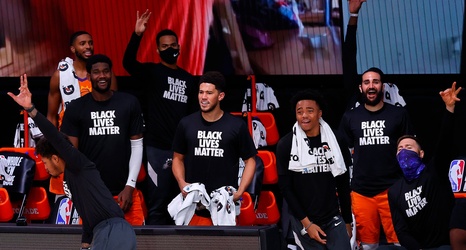 With free agent negotiations beginning at 4 p.m. Friday and signings starting later this weekend in what is a crammed offseason, the Phoenix Suns seem ready to spend some money.

Trading for Chris Paul and his ginormous contract that has him making $41.3 million this season and $44.2 million with a player option next season validates that mindset.

The Suns will have the ability to match offers to Dario Saric and Jevon Carter, as both are restricted free agents.

By reportedly not picking up team options on Frank Kaminsky and Cheick Diallo, and Aron Baynes also being an unrestricted free agent, Phoenix should be looking to add size despite drafting Maryland big Jalen Smith with the 10th overall pick Wednesday.