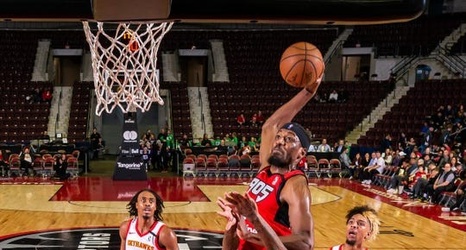 Paul Watson Jr. put him on the wrong end of ESPN’s SportsCenter top play March 10 with a monster dunk in his face followed by a staredown while playing for Toronto’s G League team, Raptors 905.

“He’s one of my good friends and after the play, he came up to me and he was like, ‘You didn’t have to look at me like,’” Watson said, laughing. “That was my bad, but he shouldn’t have been under the basket.”