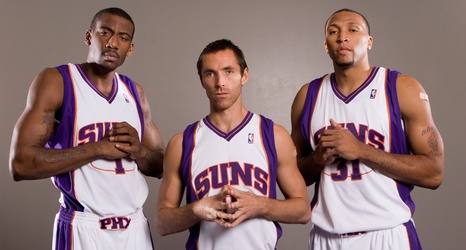 "Amar'e as a teammate was great, great man," Avdija said during Zoom media interviews last month. "Has a lot of patience with young guys. Really wants the young guys to improve."

He'll take on a similar role with a familiar face – Steve Nash.

The first-time head coach has added his former All-Star teammate in Phoenix as an assistant with a focus on player development, The Athletic reported.

Nash and Stoudemire were the 1-2 punch during Phoenix's great run in the 2000s under Mike D'Antoni.