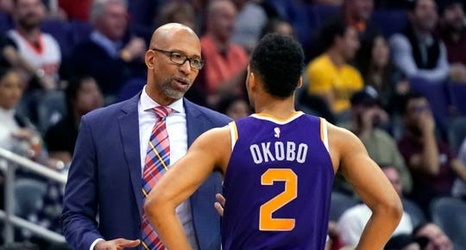 Devin Booker paced the Suns with 40 in setting a franchise record for most consecutive games with at least 30 points at six games in a row.. Kelly Oubre Jr added 17 points and 10 rebounds as the Suns (14-22) have lost two of their last three games.

"Until we learn how to play the right way consistently, we're just going to have a lot of nights like this," he said.