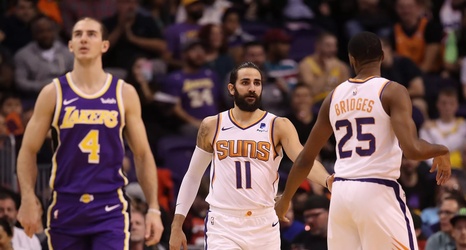 Let your worries subside, sweet Suns fans. Both Mikal Bridges and Ricky Rubio popped up this weekend after evading the cameras for most of July as the Suns descended upon the Wide World of Sports in Orlando.

For Bridges, it was a lengthy Q&A with media during a typical post-practice media session, in which he touched on the work he’s done on his jump shot with assistant coach Darko Rajakovic. Both Bridges and head coach Monty Williams hope he can rediscover his smooth Villanova jumper before long.

Many a sleuthing Suns fan had searched for Bridges — who was a frequent contributor on media calls and on social media during most of the NBA shutdown — during the first few days of minicamp in Orlando, but to no avail.