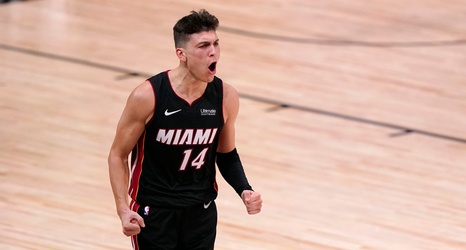 Tyler Herro has often said he patterns his game after his fellow University of Kentucky brother, Devin Booker.

"He's always been a mentor, like an idol to me," said Herro about Booker in an NBATV feature that aired two months ago.

The rookie caught fire like the player he idolizes in scoring a career-high 37 points in Miami's 112-109 win over Boston in Game 4 of the Eastern Conference finals.

"Once you see a couple of shots go down, and when you're getting shots in rhythm, the game flows," said Herro, after Wednesday's win as the Heat took a 3-1 series lead.