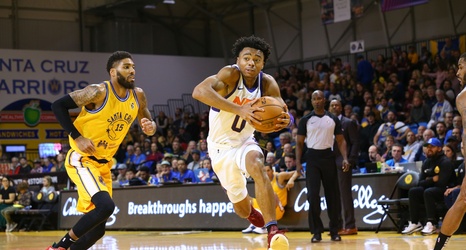 When James Jones signed guard Jalen Lecque as an un-drafted free agent following the 2019 NBA Draft, many fans of the Phoenix Suns leapt with joy because of the 19-year-old guard’s athletic prowess and ability to score at will.

Whereas Ryan McDonough would have demanded his head coach insert him directly into the Phoenix Suns’ starting lineup, James Jones has not forced Monty Williams to deal with developing a complete and total prospect while also trying to win games, and has instead smartly and rightfully placed him in the G-League where he can develop at his own pace and not hurt the real Suns.