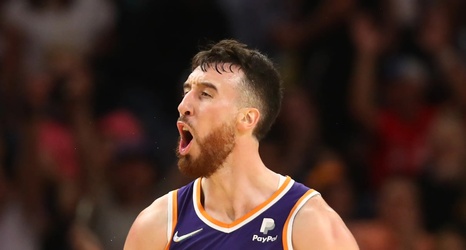 Phoenix Suns backup-backup center Frank Kaminsky was always supremely skilled on offense. We just hadn’t seen so much of that since college.

He was the College Player of the Year as a senior at Wisconsin, leading the Badgers through the NCAA Tournament to the national championship game in 2015. Kaminsky’s offensive skills were unmatched in college. He averaged nearly 19 points and 9 rebounds per game for one of the nation’s slowest-paced teams, led all qualifying college players in PER and helped Wisconsin post the highest adjusted offensive efficiency in KenPom history.

He was nicknamed Tank, probably because of his steady but inexorably effective game.