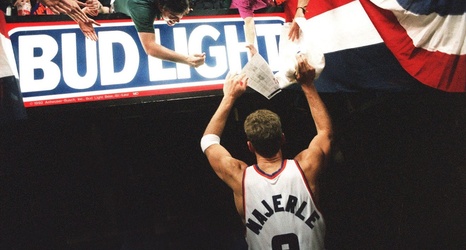 There was Elliot Perry.

Also known as "Socks" for wearing them high on those skinny legs, Perry played a key role for the Phoenix Suns in the 1994-95 season when Kevin Johnson was sidelined with leg injuries.

Charles Barkley has often called Perry one of his favorite teammates ever.

"He was the polar opposite of Barkley — slight of build, quiet, humble, an underdog and long shot," former Suns beat reporter Bob Young said. "And, of course, there were those trademark socks hiked up almost to the knees."

Perry is one of several players of note as The Republic presents the third of a five-part series on all-time favorite Suns, based on feedback from fans.