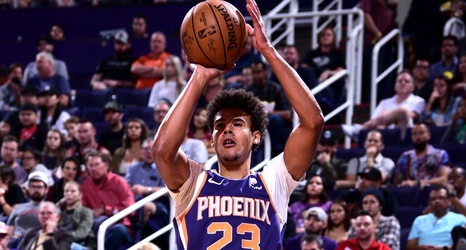 Many people, including myself, were distraught and surprised when the Phoenix Suns reached for Cameron Johnson at pick 11 in this year’s NBA draft, especially with players like Tyler Herro, Brandon Clarke, and Nassir Little were still on the board. Like too many drafts before, it looked like the Suns, once again, did not know what they were doing.

However, Johnson’s play early on this year has made fans and pundit alike begin to eat their words.

He has given the Suns exactly what they need off the bench this year: SHOOTING.