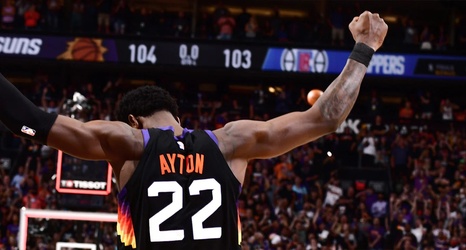 LOS ANGELES — Deandre Ayton held back on celebrating, in case he had committed a “blooper” instead of an improbable game-winner. He had grabbed a pinpoint inbounds pass from Jae Crowder and plopped it into the basket while airborne in 0.2 seconds, so quickly that he could not even explain when the ball or his hands were on the rim.