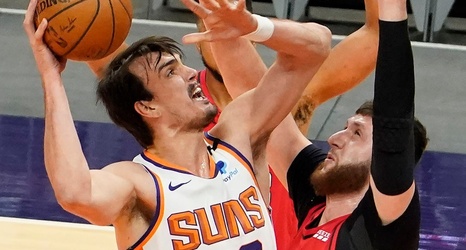 Then he was cool as ice when it mattered most.

On a 5-of-17 shooting night, the two-time All-Star hit two free throws with 2.4 seconds left in Phoenix's 118-117 win over Portland before a season-high 8,359 fans at Phoenix Suns Arena in the final regular-season home game for the Suns.

After a Phoenix (49-21) timeout, Booker received in the inbounds pass from Paul, dribbled into the lane on Norman Powell and drew the foul on a fading shot.