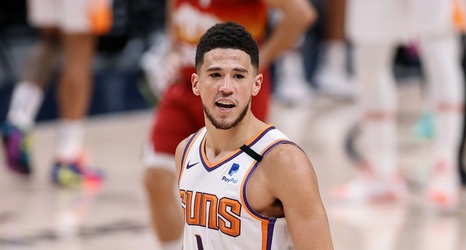 Devin Booker has seen it all during his six-year career with the Phoenix Suns: losing seasons, coaching changes, altering personnel and endless frustrations.

And now, in his very first postseason opportunity, he has the franchise back in the Western Conference Finals for the first time since the 2009-10 season.

Booker and the Suns completed their four-game sweep of the Denver Nuggets with their 125-118 win on Sunday night at Ball Arena. He finished second among his teammates with 34 points on 11-of-25 shooting and also had a team-best 11 rebounds and four assists.