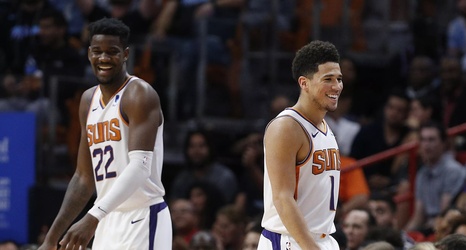 As we continue the bad off season talk about the Phoenix Suns, this week we turn to SI.com and their annual “NBA Top 100” for 2020 in which they inexcusably snubbed Suns center Deandre Ayton but otherwise gave acceptable rankings to Devin Booker, Ricky Rubio and the rest of the gang.

Clearly, this was another attempt by national writers besmirch the good name of the Phoenix Suns franchise with a smear campaign that’s bordering on shameful. We know they lay awake at night, cooking up scheme after scheme to embarrass the Suns owner, employers, players and fans.