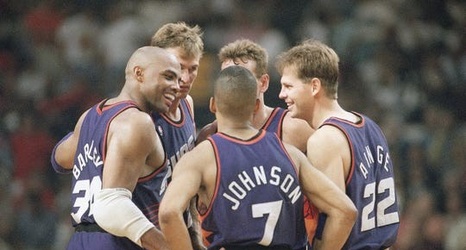 Charles Barkley looks back at his first season in Phoenix as he was named 1992-93 NBA MVP and the Suns reached the 1993 finals before losing to Chicago. Arizona Republic

Andrew Lopez made the selections.