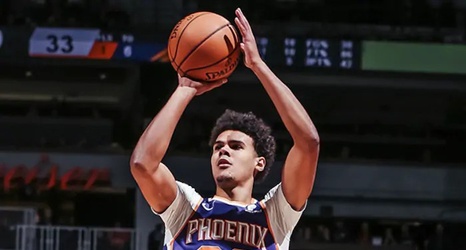 There were mixed reactions on draft night when it was reported that the Phoenix Suns were acquiring the 11th overall pick in Cam Johnson, but the sharp shooter is quickly proving doubters wrong with his impressive play throughout the first few months of his rookie season.

Known primarily as catch-and-shoot scorer at North Carolina, Johnson was able to showcase his full skillset for Head Coach Monty Williams and General Manager James Jones during the pre-draft process.

“His ability to shoot off the dribble is something that I did not anticipate until I worked him out,” Williams said.