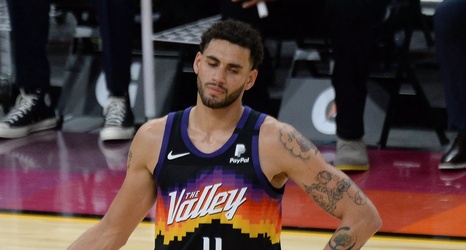 Phoenix felling a playoff team without Devin Booker in the lineup is a story with which Suns fans are mostly unfamiliar.

Predictably, this narrative didn’t play out on Saturday night in the Valley, but man was it close.

Denver got 29 points and 22 rebounds from Nikola Jokic as the Nuggets needed a pair of overtimes to squeeze by Phoenix 120-112. Denver wins the season series 2-1.

It was very nearly a statement win for the Suns. In regulation Deandre Ayton made a spectacular block on Denver’s second to last possession protect a one-point lead. A Chris Paul jumper later, Jamal Murray hit a step back triple as time expired to send the game into overtime.