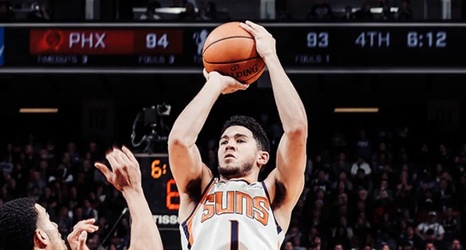 The season series was split between the Phoenix Suns and Sacramento Kings this season, but the Suns looked to take the advantage against their division rival as the teams tipped-off on Saturday night.

Both squads were locked-in and ready from the start as the Suns shot 57.1 percent in the first quarter compared to the Kings 48 percent from the field. The lights-out shooting from each team made for a close first quarter, but Elie Okobo drew a foul and knocked down three free throws in the final second to give the Suns a 31-30 lead.

The Suns continued this momentum as they held the Kings to just 19 points in the second quarter and closed-out the first half on a 23-12 run.