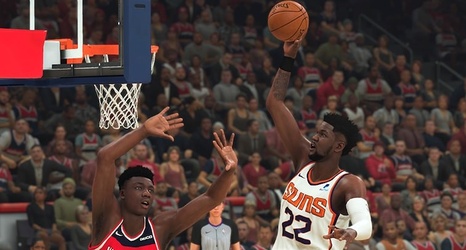 The Phoenix Suns tipped-off on the virtual hardwood against the Washington Wizards on Wednesday, but this time with a new twist. While professional gamers Antonio Saldivar AKA “UniversalPhe2k” and Jamie Diaz Ruiz AKA “DirK” took the mics for their respected teams on Twitch, the game itself was in the hands of 2K20 as the simulation began.

The Suns found themselves down 4-2 in the opening minutes before taking off on an 8-0 run and never looking back.

It was Deandre Ayton early and often for the Suns as his elite presence in the paint on both ends of the court was on display throughout the entirety of the game.