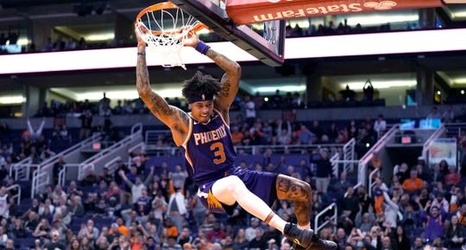 Mikal Bridges talks about his hopes for the NBA to resume the 2019-20 season. Arizona Republic

Mikal Bridges is all for Phoenix Suns having their season continue.

“I don’t really care what is it, as long as we can play again, but it’s tough for (the NBA),” Bridges said last week during a Suns conference call. “This whole pandemic, nobody really thought about this.”

Frank Kaminsky III has said he’ll play on Saturn at this point, but the Suns may not be granted that opportunity if the NBA ultimately decides 20 teams are enough to resume the season as that is one of several formats on the table for the league to consider.