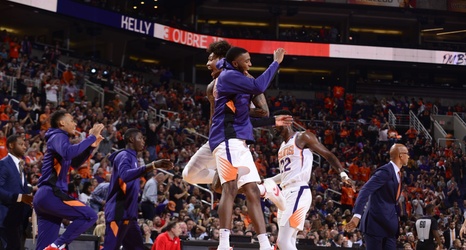 Forget the Phoenix Suns you saw play last year, the Valley Boyz are here and they are here to win.

The team on the court was Wednesday night against the Sacramento Kings was unrecognizable from the squad that limped through last season. That is partly because they only have five returning players this year, but it was largely because of how they played.

Even though they trailed much of the first half, it never looked as if the team was playing poorly. In fact, their deficit was mostly due to some missed open shots from behind the arc and Buddy Hield going on fire à la NBA Jam.