5 ideal destinations for Suns wing Kelly Oubre Jr. (Spoiler alert: Phoenix is one of them) 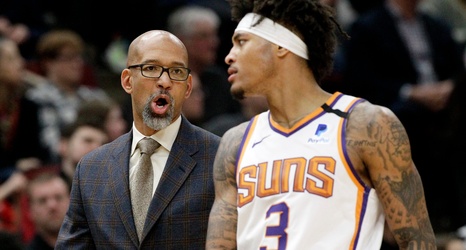 He’s not only the team’s best and most explosive athlete and one of their top players, Oubre provides energy and enthusiasm. Whether he’s playing or not, Oubre gets the team going.

Those same qualities are why he’s constantly mentioned in trade rumors, too.

Oubre was traded on draft day in 2015. Phoenix received him in a trade with Washington.

With a year remaining on Oubre’s contract, the Suns could risk losing him for nothing as he’ll be an unrestricted free agent after next season.