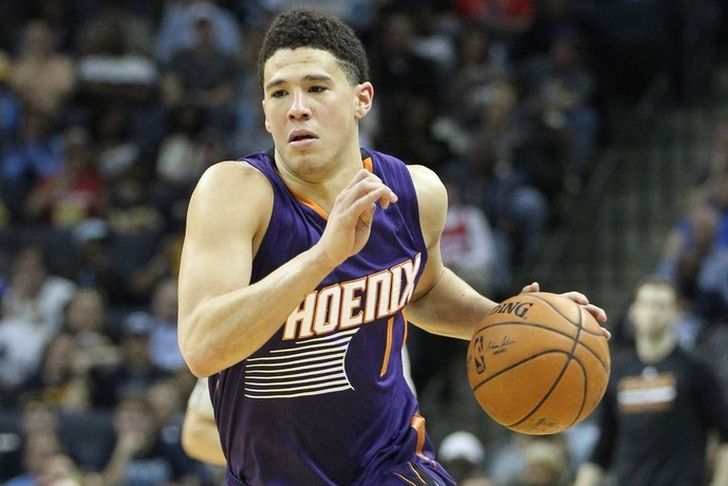 The Phoenix Suns have not had a lot to be excited about this year, but Devin Booker gave fans reason to celebrate on Friday.

Booker caught fire in the second half and dropped 70 POINTS on the Celtics in Boston, but didn't get much help from his teammates as the Suns still lost 130-120.

However, Booker's outstanding night is the big story. He had never scored more than 40 points in a game in his short two-year career, yet became the 11th player in NBA history to score 70 points in a game. Booker also scored 51 of those points in the second half after having just 19 at the break. Here are some highlights from his incredible night:

A night to remember.

A noted three-point shooter, Booker also accomplished this feat while only hitting four shots from beyond the arc. He went 21-40 from the field (4-11 from three) and 24-26 from the free throw line while also adding eight rebounds, six assists and three steals.

Wilt Chamberlain, Kobe Bryant, David Thompson, David Robinson and Elgin Baylor are the only other players to ever record at least 70 points in a game.

Follow our Phoenix Suns news page for all the latest Suns news!