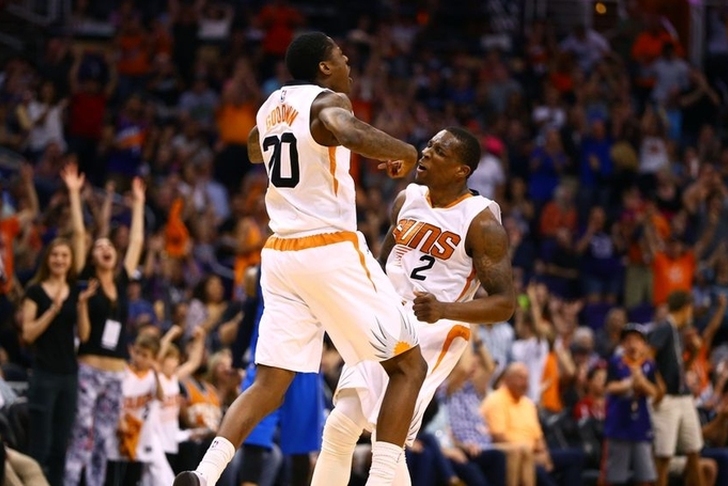 The Phoenix Suns narrowly missed out on the postseason for the second straight season, but many think they're ready to break through in 2016. In fact, we're willing to take it a step further - here are three reasons why the Suns can win the NBA title this season:

Chandler has developed a reputation as one of the best rim protectors and help defenders in the league, turning him into an anchor on that end of the floor. Phoenix desperately needs that kind of presence as they ranked 26th in points allowed per game last season (103.3 per game), largely due to their lack of a deterrent around the rim. The Suns ranked third in the NBA in pace last season, and that allowed them to average 102.4 points per game last season. As more teams make the switch to small-ball, Phoenix is already there - and are doing it better than most.

Brandon Knight (17.0 ppg, 5.2 apg) and Eric Bledsoe (17.0 ppg, 6.1 apg, 5.2 rpg) combine to make the most underrated backcourt in the NBA as both players are great all-around players. They're both extremely athletic, excellent facilitators, solid defenders (or great, in Bledsoe's case), and know how to put the ball in the basket efficiently. Few opposing guard tandems will be able to match the production Phoenix will get from these two, giving them a leg up on almost everyone they'll play.

Follow our Phoenix Suns team page for all the latest Suns news and rumors!