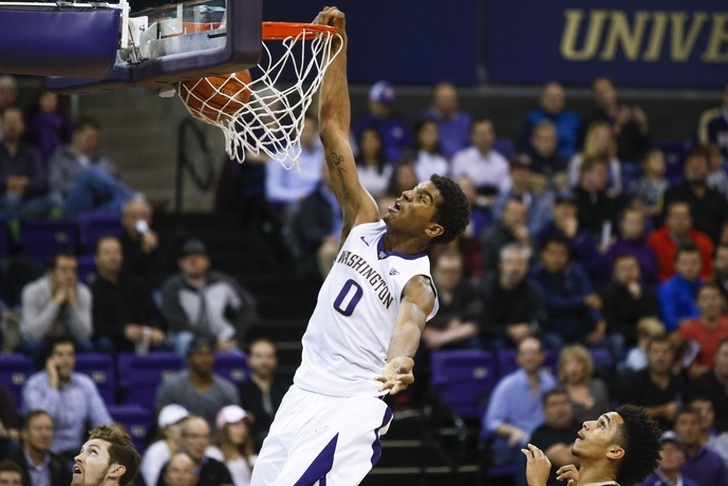 The Phoenix Suns acquired the No. 8 pick in the draft from the Sacramento Kings in a trade, and they have selected Marquese Chriss from Washington. Phoenix will send the No. 13 pick, No. 28 pick and Bogdan Bogdanovic to the Kings for the No. 8 pick.

Position: PF/SF
Class: Fr.
Measurables: 6’10”, 225 lbs.
Analysis:
Potential, potential, potential. Chriss has been the biggest riser in the draft because of that potential, and for a Suns team with a need at the power forward position, Chriss makes perfect sense. He is an athletic freak and one of the best shot blockers in this class, but the rest of his game is still extremely raw.

Phoenix has a deal with the Kings for the No. 8 pick, source tells @TheVertical.

The Kings are drafting Chriss for the Suns, sources tell @TheVertical.