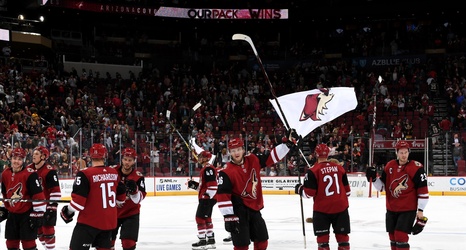 The incredible success that the Coyotes have had on the road thus far this season sits in stark contrast to the relatively disappointing home record they’ve managed at Gila River Arena thus far. Incredibly enough, the ‘Yotes have won only 7 games at home in front of frustrated crowds through the first two months of the season.

From a fan’s perspective, it would seem that winning games and stacking points on the road while traveling constantly and playing in hostile environments would be much more difficult than playing at home in the friendly confines of Gila River Arena and beating opponents before a supportive crowd.