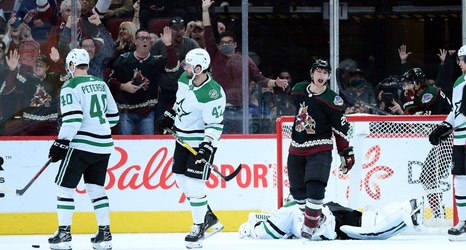 Travis Boyd scored his third goal in as many games and equaled his season high in goals with his fifth, but the Coyotes lost a close one to the Dallas Stars, 3-2, on Saturday night at Gila River Arena.

Antoine Roussel also scored for Arizona (4-15-2), which has lost back-to-back games at home.

After Roope Hintz gave the Stars a 1-0 lead 54 seconds into the game, the Coyotes tied it on Roussel's goal that was reviewed by NHL replay officials and upheld.

Roussel batted down an Anton Stralman shot that teammate Loui Eriksson also got a stick on and dunked the puck into the net.