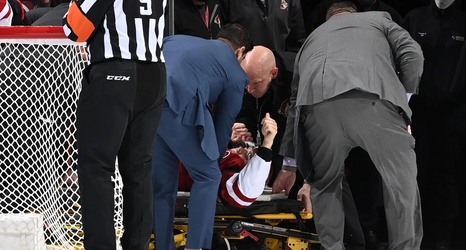 Late in yesterday’s game against the San Jose Sharks, Arizona Coyotes forward Clayton Keller went awkwardly into the boards and stayed on the ice. He was stretchered off the ice and transported to a hospital, where he underwent surgery for a broken femur.

Keller joins a long list of Coyotes players who will be out for considerable time. Defenseman Conor Timmins and forward Dmitrij Jaškin have been out for months now, and Craig Morgan of PHNX has reported that forwards Lawson Crouse and Christian Fischer’s seasons are also over.