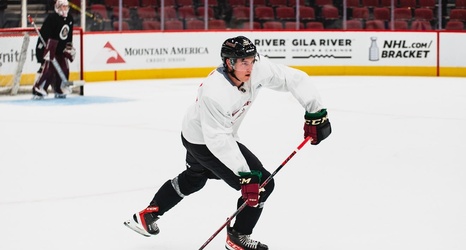 Josh Doan has been around the Arizona Coyotes his whole life, given his famous father Shane's long career and achievements with the club.

But the younger Doan is also clearly a hockey nut, and has been since well before his current 19 years of age. He was such a Coyotes fan, outside of the fact that his dad played for the team, that he would use technology to watch the very same prospect development camp which he now attends as a player.

Today, Doan — drafted by the Coyotes with their first pick of the second round in July's NHL Entry Draft — is an Arizona State hockey forward juggling ASU practices, Coyotes camp practices and his university classes this month.