Is John Chayka the former Coyotes general manager? He and the team aren't saying. 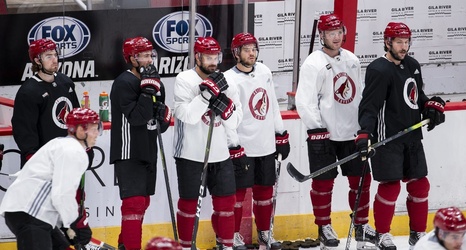 The answer remained unclear on Saturday as the team practiced for the last time before departing on Sunday for Edmonton, the site of its qualifying round series against Nashville.

What is clear is Chayka’s relationship with his employer, owner Alex Meruelo, is fractured and probably beyond repair.

“We have no comment on the situation,” a team spokesman said.

Chayka also is not talking about the situation.

An NHL source confirmed a report by Elliotte Friedman of Sportsnet that during the pandemic Meruelo gave Chayka permission to talk to a “third party” about a position.