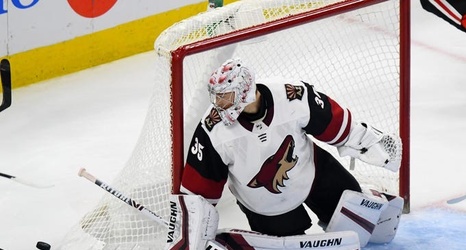 Rick Tocchet isn’t going to pretend he has all the answers. In just his third season as head coach of the Coyotes, there are still lessons to learn and tendencies to understand.

As Tocchet chases a winning record behind the Arizona bench — he enters play Tuesday with an 86-86-24 record since the outset of the 2017-18 season — his most important task might be establishing a consistent identity at Gila River Arena.

The Coyotes returned home from a four-game road trip after capturing six out of a possible eight points, improving their road record to an astounding 11-4-1 this season.