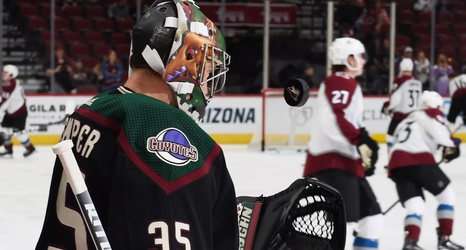 Arizona advanced thanks to a balanced offense and great goaltending from Darcy Kuemper. Sixteen players for the Coyotes recorded points in the series. Strangely enough, Alex Goligoski and Jakob Chychrun were two of the three players who played but were kept off the scoresheet, and they are two of the Coyotes’ best defensemen at generating offense.