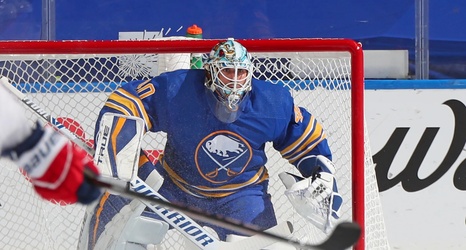 The Arizona Coyotes have reportedly agreed to terms on a one-year contract with former Buffalo Sabres goaltender Carter Hutton.

According to TSN’s Darren Dreger, Hutton’s contract with Arizona is a one-way deal worth $750,000.

Hutton, 35, spent the last three seasons playing with the Buffalo Sabres. In 94 games with the Sabres, Hutton posted a 31-49-10 record with a .902 save percentage.